We had already decided to open an office in Hong Kong when one day I typed “Hong Kong SEO” into Google. I assumed since Hong Kong is a world city with over 7 million inhabitants that there would be a highly competitive SEO industry in place. Certainly much larger than what I was used to in Utah, where there are hundreds of SEO firms competing for keywords, rankings, and clients. Imagine my surprise when I couldn’t find more than a handful of SEO firms that were targeting Hong Kong. And what was more to my surprise was that many of the companies that were targeting the term appeared to be smaller companies or individuals.

You might assume at this point I would be rubbing my hands together in gleeful anticipation of cleaning up in Hong Kong and ruling the SEO market. But quite to the contrary, I was worried. Worried because generally where there is a lot of demand, there is a lot of supply, and where there is little supply this is often a sign of only slight demand. My concern was that I would arrive in Hong Kong, open this branch office, and there would be no clients.

Thankfully, MWI already has some clients in Hong Kong, so I know there is at least some demand. As I’ve lived here over the past seven months I’ve been able to to do more in-depth analysis of the market and while no, there aren’t many competitors, I think I arrived at the perfect time. The reasons there aren’t many SEO firms isn’t as simple as just supply and demand, but a bit more nuanced. Some of the reasons appear to be:

Are there other reasons the SEO industry is under-developed in Hong Kong? 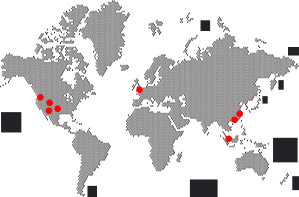